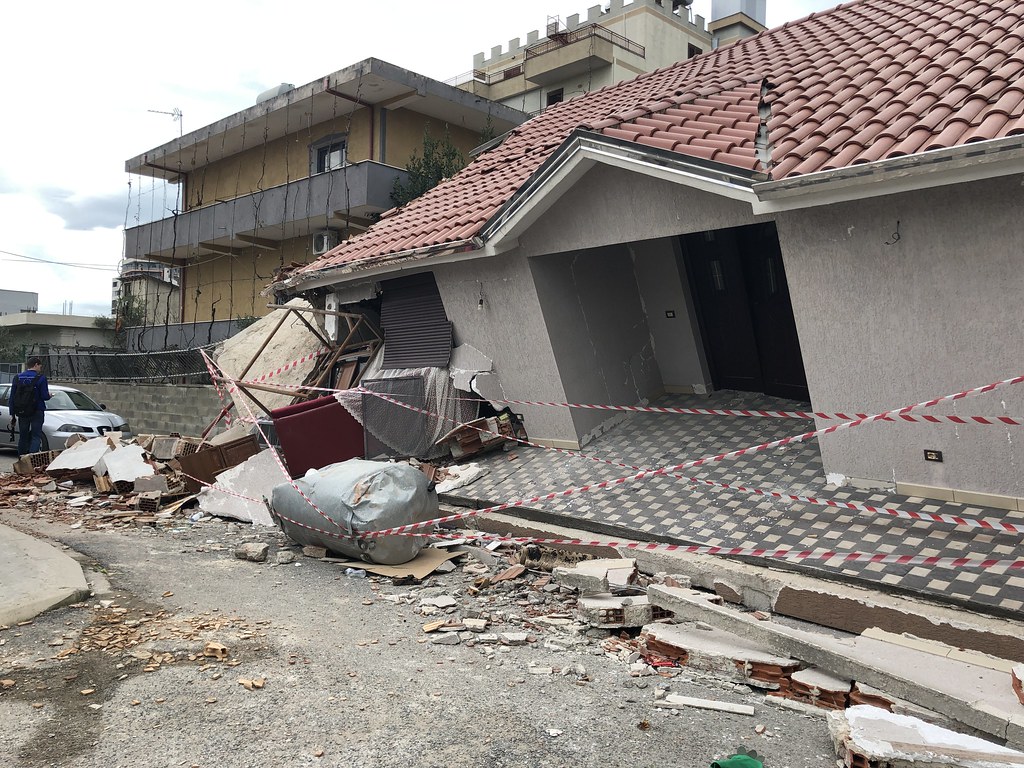 According to the USGS (United States Geological Survey), a bureau of science within the United States Department of Interior, it’s estimated that there are 500,000 detectable earthquakes in the world every single year. Out of those 500,000 detectable earthquakes, about 100,000 are able to be felt by people. Approximately 100 of those quakes cause actual damage each year. That’s a lot of earthquakes. So, what are they? Why can they be dangerous? What can I do to prepare?

What is an Earthquake?

If you were paying attention in sixth-grade science class then you know that the Earth’s crust is made up of tectonic plates. It’s as if there are pieces of a puzzle that make up the Earth’s surface. These plates don’t always fit together nicely, and oftentimes there is movement or slippage. When two of these plates, or blocks of earth, move past each other it can cause an earthquake. The surface location where two plates meet is called a fault line. Obviously, most earthquakes are occurring along these fault planes since that is where the two plates meet. The location below the surface, where the earthquake actually starts, is called the hypocenter. Directly above the hypocenter is the epicenter.

Why Do They Happen?

Earthquakes occur the most often around these fault lines because the two plates can bump into each other and move past each other. As you can imagine, these plates are not smooth, but rough and bumpy. Sometimes, the plates will catch on to each other and it will form tension. Once they finally slip and they become unstuck there is an earthquake. You are quite literally feeling the movement of the Earth’s surface.

When these plates release the tension of being stuck together the energy from the movement is released. This is what causes the shaking feeling of the earthquake. These seismic waves are really energy being released.

How Do I Prepare?

Preparing for any natural disaster, including an earthquake, really is essential. If you live near a fault line, you should have an earthquake plan and an earthquake survival bag. Like many of our survival kits, you should include water, food, a first aid kit, an assortment of tools, and anything else you might need to get you through several hours or days of challenges.

You should also have knowledge of what your body should be doing in case an earthquake hits. Practice the “drop, cover, and hold on” method. Although this probably doesn’t need explaining, the “drop, cover, and hold on” method is when, upon first feeling an earthquake, you drop to the floor, take cover under a table or desk, and hold on to that object as hard as you can. If you are not near a table or desk then your best bet is to again, drop to the floor (try to be on an interior wall), and cover your head and neck with your arms.

If you’re planning for your entire family, you should and could be practicing these drills. In addition, have an earthquake communication plan. What happens if you get separated? Is there somewhere specific you are going to meet?

Once you have a basic plan and have coached your loved ones on what to do as well, you will want to have some basic knowledge on how to prep your home. Heavy items, such as refrigerators, televisions, bookcases, etc, should be secured. Breakable objects or heavy objects should be put on lower shelves. If you have any major structural issues with your home you may want to consider getting those fixed in the near future. If you do live near one of these fault planes, you may also want to preemptively consider earthquake insurance.

What Do I Do During an Earthquake?

If an earthquake hits, your first priority is to protect yourself. We’ve already discussed the “drop, cover, and hold on” method. This is a great strategy if you are inside a building or home. What happens if you’re driving? Immediately pull over! Stop the car and put on the emergency brake. If you are outdoors and an earthquake occurs you will need to get to an open space. Do not huddle next to a building. If you are inside and practicing the “drop, cover, and hold on” method make sure you are staying indoors and are not putting yourself near a doorway.

You should remain in this position until the shaking has stopped.  Even though the initial quake may be over, there can be aftershocks. Due to this, you should be ready to cover again if needed.

What Do I Do After?

After an earthquake, there can be damage to the exterior of buildings, to gas and water lines, or even power lines. You should be sure you are being mindful of these potential hazards.

If you are in a building that has experienced damage you are going to want to move outside the building as safely as possible. Move quickly and do not enter damaged buildings If you find that you are trapped, the best way to get help is to bang on a pipe or wall. If you have access to your phone you could call or text for help. You won’t want to yell because you could be inhaling chemicals or unsafe particles caused by the debris.

Depending on the severity of the damage you may need to meet back up with family and loved ones. Again, maintain awareness of damage and if there are any aftershocks.

Earthquakes can be extremely dangerous, but if you’re prepared, and knowledgeable about what to do before, during, and after a quake occurs, you will be more likely to stay safe.