I’d assume that pretty much wherever you live you’ve experienced the annoyance of mosquitoes. Not only do they buzz in your ears, they bite, and leave nasty itching bumps. Depending on how sensitive you are to mosquitoes and their bites you may experience small, medium, or even large-sized bumps after the bite. 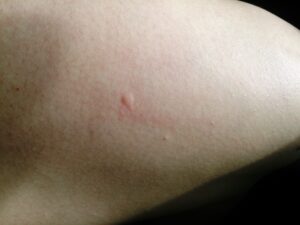 Did you know that mosquitoes aren’t actually biting you persay. They are using their mouthpart to puncture your skin to feed on your blood. They do this by sucking it up through their straw-like mouth. Interestingly enough, the females are the only mosquitoes that have this ability. When they are siphoning off your blood they are also leaving traces of their saliva.

This saliva is what causes you to itch. It contains proteins that trigger an immune response in your body which results in the itching, redness, and swelling of the affected area. 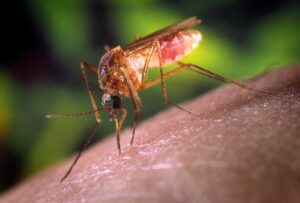 As you probably know, mosquito bites can cause more than just red itchy bumps on your skin. Mosquitoes are known to carry viruses and/or parasites that can be dangerous to humans. If you are bitten by a mosquito with one of these parasites you can experience much more than just an itchy spot on your skin. When the saliva passes to you and your bloodstream a parasite or virus can be transferred to you as well.

This is why it’s important to repel mosquitoes and keep them from biting you. Probably the most common illnesses to get from a mosquito bite are West Nile virus, malaria, and yellow fever.

One way to prevent mosquito bites is to say away from areas they frequent. Moist areas such as a river, swamp, or lake are common areas for large amounts of mosquitoes. They also tend to come out more in the evenings. Depending on where you are walking they may be in the grass and will be especially fond of your ankles and feet.

However, if you are in a survival situation you probably aren’t especially focused on mosquitoes. This doesn’t mean that you shouldn’t be aware of them though. As previously stated, mosquitoes bites can range from obnoxious to dangerous. It is important to know some various ways to prevent bites. 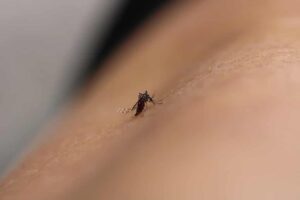 If you don’t want to use bug spray or don’t have it available, there are some other options you may have. There are many plants that act as a natural mosquito repellent. Depending on where you are you may have access to some of these. This would be helpful to surround yourself with them in order to help keep you safe and to keep you from going insane by scratching.

There are quite a few plants, both cultivated and wild, that naturally repel mosquitoes. Some of these plants you would need to bring especially for this purpose and some are natural and can be found in the wilderness. 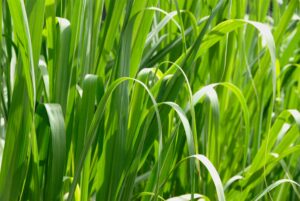 This is probably the most common one. If you’ve ever been at a backyard barbeque then you’re probably familiar with citronella candles. These candles use the oils from the citronella grass to repel mosquitoes. It’s actually very effective. Although this plant is cultivated it can be brought with you if you are planning on heading out into the wilderness.

It mostly grows in tropical regions, but luckily, this product is also sold in many stores because it is so widely used as a repellant. 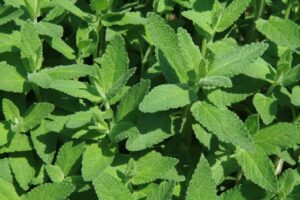 This is a common garden plant that can be used to repel mosquitoes. It has been found to be the most effective when it is crushed up and applied to the skin like a lotion. You can also dry the plant out and use it in oil as well.

There are quite a few other cultivated plants, such a lavender, rosemary, and marigolds, that have also shown to be successful at repelling mosquitoes when used properly. 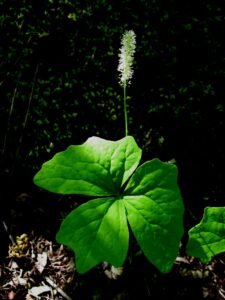 Vanilla leaf is native to the northwest and Japan. Many indigenous people would hang dried bunches of vanilla leaf inside and around their homes to keep away bugs and mosquitoes. Ironically enough vanilla leaf grows the best in moist and shady areas. This is also where you will find the most mosquitoes. This plant can be rubbed into the skin either dried or fresh. 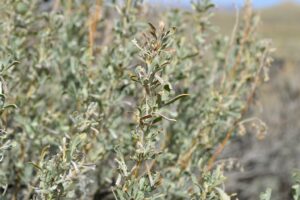 Sagebrush is in a plant in the same genus as wormwood and mugwort – all of which can be used as a mosquito repellent. This genus of this plant is effective when dried and applied to the skin when crushed. They can also be used as an aromatic smudge as well. These plants live and grow best in drier habitats like the desert, plains, or mountainous regions.

This is a super common weedy plant found all over North America. It’s seen in grassy areas, lining streets or sidewalks, and other disturbed areas. Again, like the other plants listed, it has been found to be most effective when crushed up and applied directly to the skin.

It should be noted that if you are planning on applying crushed or dried plants to the skin as a repellant that you are absolutely sure that you have correctly identified the plant. Incorrectly identifying a plant could lead to allergies or skin irritations. In addition, you will need to be reapplying often. These homemade lotions and skin applications are only effective for an hour or two. Numerous applications throughout the day and night will be necessary to keep those mosquitoes away.

10 Deadly Plants – Do Not Consume!